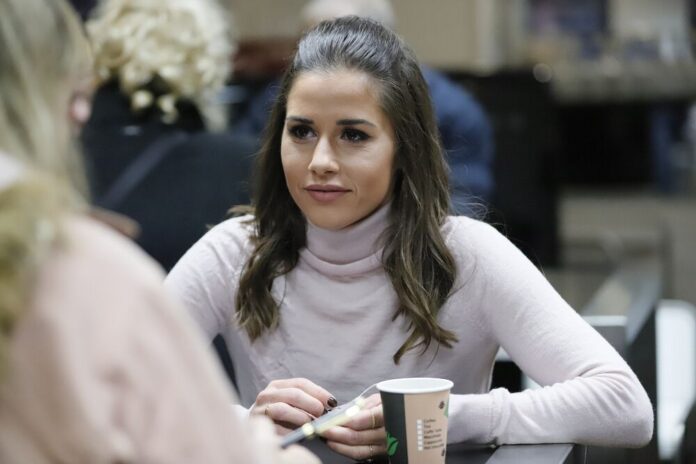 Pretty Sarah Lombardi has had a new friend for some time. But does Julian Büscher (27) only use the attractive and prominent Sarah? Could Sarah Lombardi even fall into a nasty love trap now?

Once again Sarah Lombardo is happy and in love! Sarah Lombardi (27) seems to have been back in firm hands for a short time. But is her new boyfriend really serious about a relationship, or is there a danger that he will only take advantage of the singer?

Pietro Lombardi’s (27) ex-wife has had a relationship with Julian Büscher (27) since the beginning of the year. The former football star once played in professional football in America and Canada, but now the footballer is on TuS Haltern’s payroll and is just kicking in the regional league. Things could go much better for the smart soccer player. Fortunately, Julian can now rely on the prominence of his new girlfriend. Because with Sarah at his side, completely new career opportunities open up for Julian.

Because life partners of celebrities have often become stars themselves. There are numerous examples of this. The best known is the current relationship between Michael Wendler and the young Laura Müller. While Laura was initially the decorative accessory of the relationship, she is now on the dance floor at Let’s Dance and is in the process of developing a star status for herself. Does Julian also use the relationship with Sarah as a career springboard? Since the beginning of the relationship with Sarah, his fan numbers on Instagram have been increasing! Since then Julian has often mentioned Sarah in his postings or shows photos of his girlfriend. A sweet gesture by the soccer player or a tough calculation? It will be interesting to see how the relationship between the two will develop in the future.