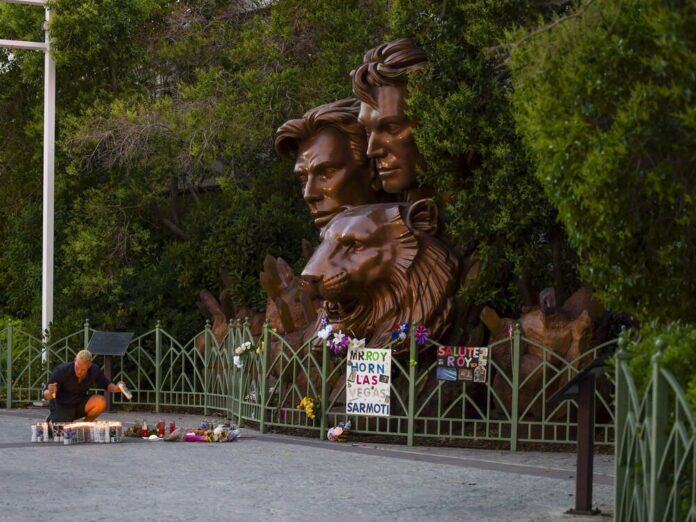 Thousands of shows, millions of fans

The world mourns for Roy Horn (1945-2020). The world famous magician partner of Siegfried Fischbacher (80) died after complications with Covid-19 last Friday in Las Vegas. Siegfried and Roy have a lot to thank for their adopted home. Over time, she was able to build a small show empire – which is now inherited in parts.

The magician duo celebrated their breakthrough in 1966 during a tour stop in front of Princess Patricia of Monaco (1929-1982), better known as Grace Kelly. From 1970 the two were under contract with their show at the MGM Grand Hotel in Las Vegas, little by little more and more wild animals were added, above all their trademark: the white king tiger.

Because in the following years the two gained more and more fame with further engagements in the Stardust and MGM Grand, even being recognized as the best magicians in 1976, they managed to become the highest paid artists in all of Las Vegas in the late 1970s. From 1981 to 1988 they performed an incredible 3,538 times in the New Frontier, more than three million people saw the show. When the Mirage opened in 1990, the two magicians not only found a new home – their animals also had their own zoo on the hotel grounds.

Thanks to their steep ascent to the Las Vegas entertainment Olympus, the two could accumulate enormous wealth – in the 13 years since 1990 alone, they made a staggering 5,750 performances at the Mirage, grossing $ 1.5 billion and saw more than ten million guests the show. They even made it into the US series “The Simpsons” in 1993 as characters of their own, and in 1999 they received their well-deserved star on the Walk of Fame in Hollywood. In the same year, they were immortalized in the famous Madame Tussauds wax museum in Las Vegas.

Because of their German origin, the two also opened the Las Vegas Oktoberfest year after year in a replica of the Munich Hofbräuhaus in the desert city. Siegfried and Roy, who had been in a relationship with each other until 1998, built the so-called Jungle Palace privately. The two lived with their animals on the huge estate and almost exclusively received private friends.

After Roy Horn suffered a slight stroke during a performance in 2003 and the two subsequently ended their entertainment careers, they moved to their new home “Little Bavaria”. The 100-hectare estate is located in an artificial forest, the two lived here with many animals.

The two had apparently had concrete ideas about what should happen to their assets after their demise for some time. Horn had already announced in an interview with “Bild” in 2009: “If one of us dies, the other inherits everything. From the beginning of our career we have always done half-and-half. Even when Siegfried wanted to tip me off at our very first appearances. I said: No! You can only get me if we do fifty-fifty. ”

At that time, the two also commented on possible plans in the event of the death of both: “Our fortune should go to Las Vegas after our death because the city gave us so much during his lifetime,” said Siegfried in 2009.