Home World The car is thrown into the air when driving onto the bridge... 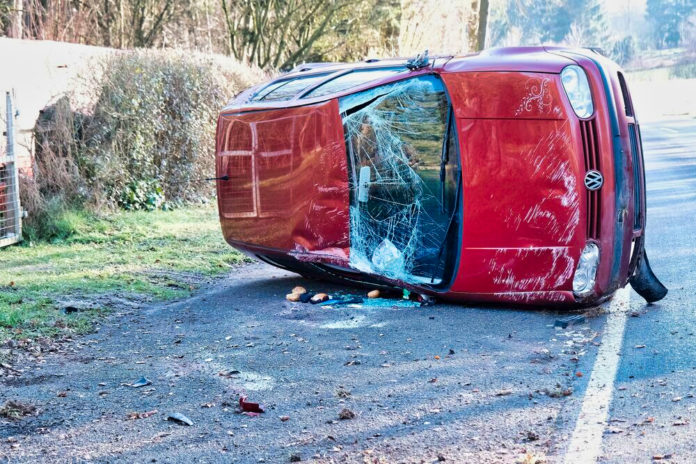 Car travels far too quickly over the connecting path, lifts off at the bridge and overturns – farmer finds abandoned car on the roof – large force is looking for occupants!

An accident that occurred at Stadland sometime on Sunday morning is almost like a crime thriller. A motorist was driving his VW Passat on a narrow connecting path towards federal road 437. At 20 km / h, he was apparently much too fast, heading for a bridge that climbs slightly at the beginning and end. Like a ski jump, the Volkswagen is levered out and blows up in the air. On the other hand, the car comes up hard and flies into the ditch, where it remains on the roof.

A farmer later comes to the scene of the accident and discovers the car. But there is no trace of the driver. The fire department has the car erected with a crane to look under the wreck and notices a broken window and a child seat.

Since it cannot be ruled out that the driver ran away in shock while injured, a large contingent of rescue workers is alerted. Additional fire departments, dog squadrons and a drone are called in to search for the driver. “If you are in shock, you can fall into the trench and drown. That is the great danger and our fear, ”reports fire department spokesman Andreas Reimers-Lochmann. And indeed. After an hour and a half of search, the emergency services have a particularly good eye.

Around 500 meters away from the scene of the accident, they recognize unusual movements in the ditch and discover the shocked man while looking back. He apparently climbed out of the wreck, walked on the main road and then walked a hundred meters further down a dirt road. Even if he appears to be unharmed on the outside, he is examined by the ambulance service and taken to the hospital. In view of the picture of the accident and the situation in which it was found, the fire brigade speaks of great luck in disaster for the driver: “He really got away with a black eye.”

The police have now started further investigations. It came out that the 30-year-old apparently looked far too deep into the glass and was heavily drunk. He also didn’t have a driver’s license.