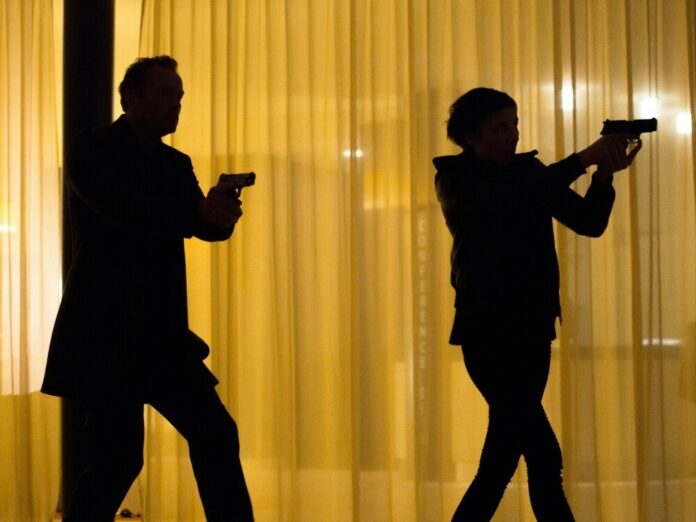 What is going on during the summer break?

With “Police Call 110: The Day Will Come” from Rostock, the first one will broadcast tomorrow Sunday (June 14th, 8:15 pm) the last new Sunday thriller before the summer break. On the occasion of the 50th “Tatort” anniversary, the viewers can choose which thrillers they want to see again in the coming weeks. “50 particularly successful ‘crime scene’ episodes with 30 popular investigative teams from Germany, Austria and Switzerland over the past 20 years” are available for replay, according to the broadcaster. The first voting will start tomorrow, Sunday. The result will be announced next Friday.

Voting can only be done online at www.DasErste.de/tatortvoting . The broadcaster describes the concrete process as follows: “The voting for the first desired ‘crime scene’ begins on Sunday, June 14th. The ‘crime scene’ episode, which received the most votes by the following Friday, will be broadcast on Sunday, June 21 at 8:15 p.m. ”

Immediately after the broadcast, the voting for the second desired “crime scene” starts again on the following Sunday. “The voting starts again from zero. The votes cast from the previous week are therefore not counted for the next desired ‘crime scene’, ”it continues. But that’s not all: after the broadcast, all voting winners will be available for six months each in the ARD media library.

There are also a few reunions to choose from among the “50 particularly successful ‘crime scene’ episodes: among others with the former Konstanz investigators Klara Blum (Eva Mattes) and Kai Perlmann (Sebastian Bezzel), with Franz Kappl (Maximilian Brückner) and Stefan Deininger (Gregor Weber) from Saarbrücken or with the Berlin commissioners Till Ritter (Dominic Raacke) and Felix Stark (Boris Aljinovic). Commissioner Bienzle (Dietz-Werner Steck) from Stuttgart has also made it onto the list.

Perhaps the viewers will also opt for the multi-award-winning, sensational corpse record thriller “Tatort born in the pain” (2014) with the investigator Felix Murot (Ulrich Tukur) from Wiesbaden. Or for the action fireworks “Willkommen in Hamburg”, with which the commissioners Nick Tschiller (Til Schweiger) and Yalcin Gmer (Fahri Yardim) celebrated their debut in 2013.

Those who prefer to laugh heartily should simply vote for Münster or Weimar – two cases each from Frank Thiel (Axel Prahl) and Prof. Karl-Friedrich Boerne (Jan Josef Liefers) as well as Kira Dorn (Nora Tschirner) and Lessing (Christian Ulmen) are available alongside many other thrillers.