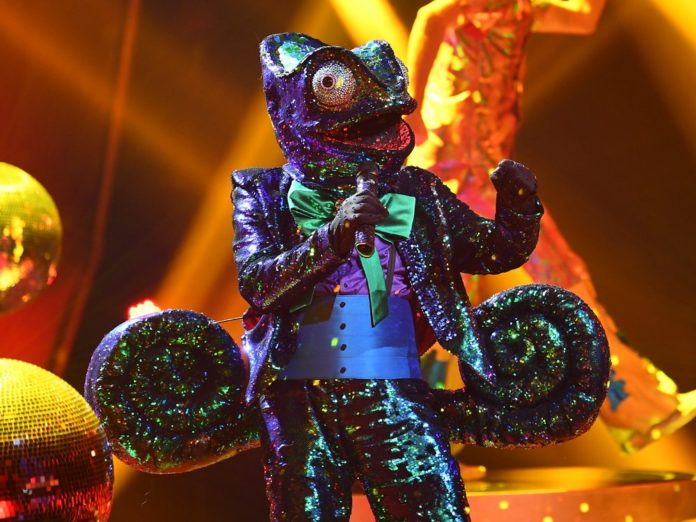 The semifinals are over! On Tuesday evening, five masked celebrities were still on the ProSieben stage to demonstrate their singing skills in the penultimate episode of the second season of “The Masked Singer”. Once again, a star had to ventilate his disguise.

While Matthias Opdenhövel (49) moderated the show, Ruth Moschner (44) and Rea Garvey (46) together with the TV viewers were once again able to cheerfully guess which stars were under the remaining masks. This time Conchita Wurst (31) was a prominent council guest.

Thanks to his convincing version of Christina Aguileras (39) “Beautiful”, the dragon and the sloth (“See You Again” by Wiz Khalifa feat. Charlie Puth) were sure after the first song that the two would move into the season finale. The rabbit, the fuzz and the chameleon had to pick up the microphone a second time.

At the end of the show, the chameleon had to take off his mask while the bumblebee and the rabbit were finally able to make it into the finals. As previously suspected, a gifted comedian actually hid under the costume: Didi Hallervorden (84)! Names such as Michael Kessler (52), Ingo Appelt (53), Ralf Schmitz (45) and Frank Zander (78) had also been killed.