Home World TUI plans cruise blockbuster – ships in the North Sea! Does the... 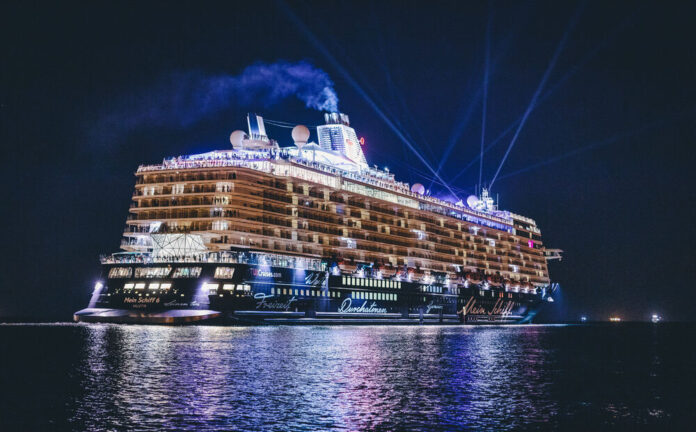 Especially companies in the tourism industry have to fear for their existence, because tourism has almost come to a standstill worldwide due to the Corona crisis. But now industry giant TUI is planning the strategy for a fresh start. Cruises on the North Sea should also help.

TUI boss Fritz Joussen has now presented a plan for the restart of the tourism giant and has even expanded the range in some areas. “We will do mini cruises. We are moving ships to northern Germany, ”Joussen announced to the press. Joussen’s plan is short cruises on the North Sea, with a limit of 1000 guests on the ships to comply with the strict hygiene regulations. But the crisis hit the company hard. Around 8,000 jobs in the administration of the tourism company will initially be lost. In order to cope with the crisis, TUI has received a loan of EUR 1.8 billion from the KfW development bank. At the moment, the company has to make around 250 million euros in different payments each month. “In this respect, we have to try to start our business again as quickly as possible,” explains Joussen.

The company had already posted a loss for the first half of the business year (October to March) and the current restrictions point to an uncertain summer.

“There are no commitments, no predictability when air travel and ship travel from Germany are possible again,” Joussen makes clear. But Joussen sees it as a positive sign that the bookings activated for 2023 are almost doubling in demand. As early as July, the company sees the possibility of a cautious new start for vacation offers

the Balearic Islands and in Greece. If the number of infections does not increase again, there is “no reason that you cannot travel there,” said Joussen. “If there is still no hotel open on Mallorca, nobody will fly there. When they open, we fly people there. A vacation in Europe, if it is safe, should be possible, ”says Joussen confidently.

In addition to TUI, other travel companies also believe that guests can be accommodated in Greece, Mallorca and Cyprus from July. But although the economy in Spain is heavily dependent on tourism, critical voices have recently increased.

At best, the regional president of the Balearic Islands, Francina Armengol, wants to open the islands gradually in the summer months. In this case too, Spanish guests from the mainland should be preferred. In mid-April, the government in Madrid had estimated that tourism would not be activated until the end of the year.